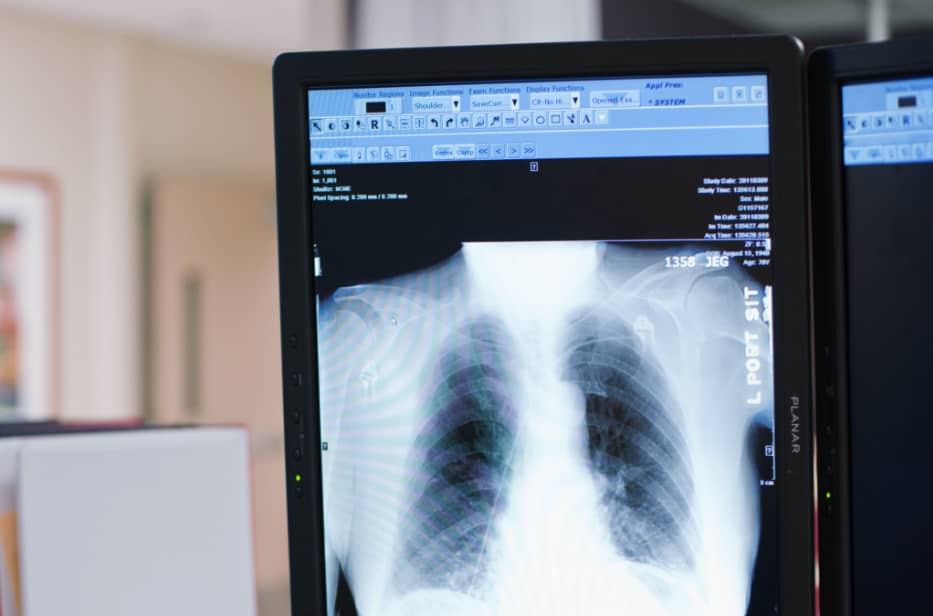 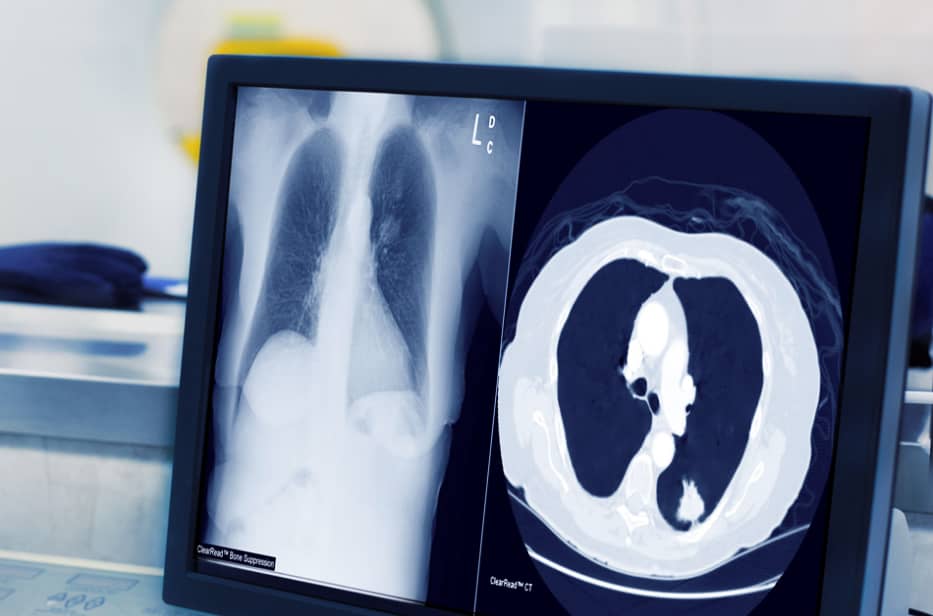 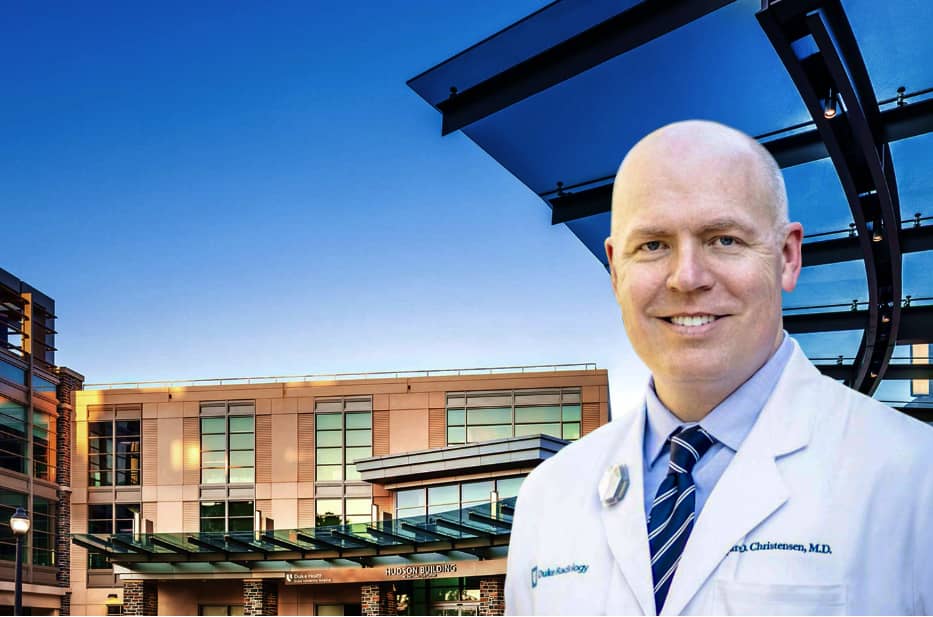 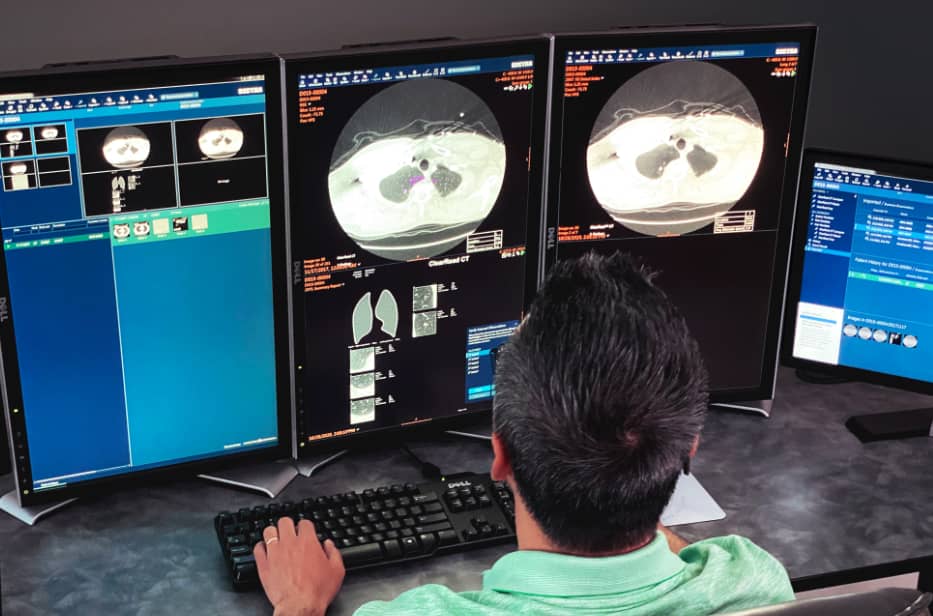 DAYTON, Ohio – Aug. 5, 2014 – Doctors are gleaning important information from the most common imaging exam, the chest X-ray, by using sophisticated software that improves X-ray images captured by the equipment they already have or are in the process of purchasing. Riverain Technologies revenues increased 34 percent year-over-year through the first half of 2014, based on strong adoption of the company’s ClearRead software solutions. This was particularly true among academic medical centers and community and VA hospitals throughout the Midwest.

Riverain’s flagship ClearRead bone suppression technology helps radiologists detect lung nodules and other serious medical conditions by transforming a traditional chest X-ray into a soft tissue image without the ribs and clavicle bones. These structures commonly obscure abnormalities. There are no additional tests or radiation exposure for patients, and no imaging machines or hardware for the hospital to buy or house to achieve the soft tissue image.

“Most of the growth in adoption is being driven by radiologists’ recognition that bone suppression is very useful and there’s little to no downside to it,” said Heber MacMahon, M.B., BCh, Professor of Radiology and Director of Thoracic Imaging at the University of Chicago Medical Center.

Getting more out of X-rays

Historically, no-bone, soft tissue, images were only possible by exposing patients to higher radiation levels using expensive imaging equipment. The boost in clarity and performance of the X-ray is beneficial for patients given that X-ray is the most readily available and widely used imaging test. Many lung cancers are first spotted on X-ray images taken for other reasons, such as to diagnose other medical conditions, including heart problems, collapsed lung, pneumonia, broken ribs and emphysema.

Lung cancer is the leading cause of cancer death in the United States, claiming more lives every year than breast, colon and prostate cancers combined, according to the American Cancer Society.

“It’s nice to get more out of what we deliver,” said Ella Kazerooni, M.D., past president of the Society of Thoracic Radiology, and professor and Director, Division Cardiothoracic Radiology, and Associate Chair for Clinical Affairs at the University of Michigan (U-M) Health System. “The software is easy to install, easy to train to, and, frankly it provides immediate clinical value.”

The software is sold directly to medical centers, to enhance X-ray images captured by the machines they already have, and by major manufacturers including Siemens Healthcare and Philips Healthcare as a value-added extension to new X-ray equipment.

“As long as we’re going to continue to do millions of chest X-rays around the world, with this software we’re going to pick up more cancers sooner and we’re going to miss less cancers,” said Dr. MacMahon, who is a member of Riverain’s medical advisory board.

In addition to purchasing ClearRead Bone Suppression and ClearRead + Detect software, which marks suspected lung nodules on an X-ray image, U-M Health System physicians are moving forward with purchase of ClearRead +Confirm™ software based on a clinical evaluation of the software.

“Referring physicians working in our intensive care units can see lines and tubes much more clearly without having to make adjustments to each image, line by line and case by case,” Dr. Kazerooni said. “They’re bypassing the standard X-ray image and going directly to the Riverain-processed images. This speaks to how highly they regard the software.”

The benefit of ClearRead +Confirm for patients, Dr. Kazerooni added, is that “It gives us greater confidence about the devices we’re putting in place so that we’re sure they’re functioning optimally.”